In the roar of the winch motor, the miners are taken from underground up onto the surface by chairlifts, also known as "monkey cars". The miners wearing thick, specialized uniforms and headlamps get down from the lifts, talking and laughing together while returning the gear, taking a shower, and changing clothes. This is an ordinary day at the mine, but as time passes, changes to the world we know today happen in the blink of an eye.

Intelligent mining, green mines, one-key start-stop: these are some of the most modern technological advances coming along. For miners of previous generations, these are things that they could never imagine. This is Luanchuan, China's rich molybdenum base, with 2.2 million tons of molybdenum reserves, ranking first in Asia, and third worldwide. 5G is pairing with traditional mining by adding intelligence to its operations. At MWC Shanghai 2019, the 5G unmanned mine showcase that debuted at the Huawei booth was hugely popular among the attendees. Without a doubt, it was one of the brightest stars at the event.

In front of the remote operations console, big screens displayed an excavator bucket from the first-person perspective, as well as distant and close-up third-person perspectives. Using a 5G mobile network, the operator started the world's first 5G remote-controlled excavator and freely performed the operations of drilling, shoveling, truck loading, and shipping in the open pit. The intelligent mine connected with the booth was the molybdenum mine in Luanchuan of Luoyang in the province of Henan. Every time a truck fully-loaded with ore left the site, an enthusiastic applause would break out in the exhibition hall. The incredible scene of digging a mine in Luoyang remotely from Shanghai, which is a thousand kilometers away, is now actually happening. Luanchuan miners take great pride in this scene.

Mine safety has been a tough issue causing extensive concern. As one of the top three molybdenum mines worldwide, long-term cave mining at the Luanchuan mine has made the open pit very dangerous. Almost unmanned or fully unmanned intelligent mining projects are in desperate need.

According to test results, in an unmanned mine, production vehicles can run at a faster speed of 35 km/h, which significantly improves production efficiency. As it becomes commercialized on a larger scale, the 5G mobile technology is expected to be applied in more hazardous operations, such as rescue and relief, debris clearing, nuclear leak troubleshooting, deep sea exploration, and pit operations. These technological applications will further enhance the quality of people's lives.

On May 13, China Mobile Inner Mongolia, Huawei, Tage I-Driver, and Baogang Group jointly held the "5G Enables an Intelligent Future – Intelligent Mine Autonomous Driving Application Launch" in the Bayan Obo Mining District. They announced that the intelligent mine autonomous driving application project of Inner Mongolia was put into service at Baogang Group's Bayan Obo mine, and it became the world's first 5G-based unmanned mining vehicle application.

Using this 5G network technology and the hierarchical-decision-based autonomous driving solution, the cooperating parties intend to create a multi-dimensional and spatiotemporal model that integrates technologies like GPS and visual perception, while utilizing data from vehicle and road sensors. This is to make sure that vehicles can perceive their environment and that the computing power of 5G edge and the core cloud continues to improve. This way, a hierarchical decision "brain" for autonomous driving is built, meeting the needs of autonomous driving for high performance computing.

At the 5G is ON Summit at MWC Shanghai 2019 held June 25, Vice President of Baogang Group and Chairman of Inner Mongolia Baotou Steel Union Li Degang elaborated on Baogang Group's 5G-supported intelligent mining project. The area of focus for innovation is Bayan Obo Mining District, 150 kilometers away from Baotou.

"The 5G technology features fast speed and large transmission capacity. With 5G, it is possible for technologies such as autonomous driving to be applied in an intelligent mine," said Li. "We expect to be the first company in the industry sector to put this 5G system into commercial use this year. Baogang Group is bringing its intelligent mining plan into reality with 5G. We are using 5G in many areas, including autonomous driving mining vehicles, UAV (unmanned aerial vehicle) mapping of geographic information, mine production scheduling and monitoring, and wireless data transmission." 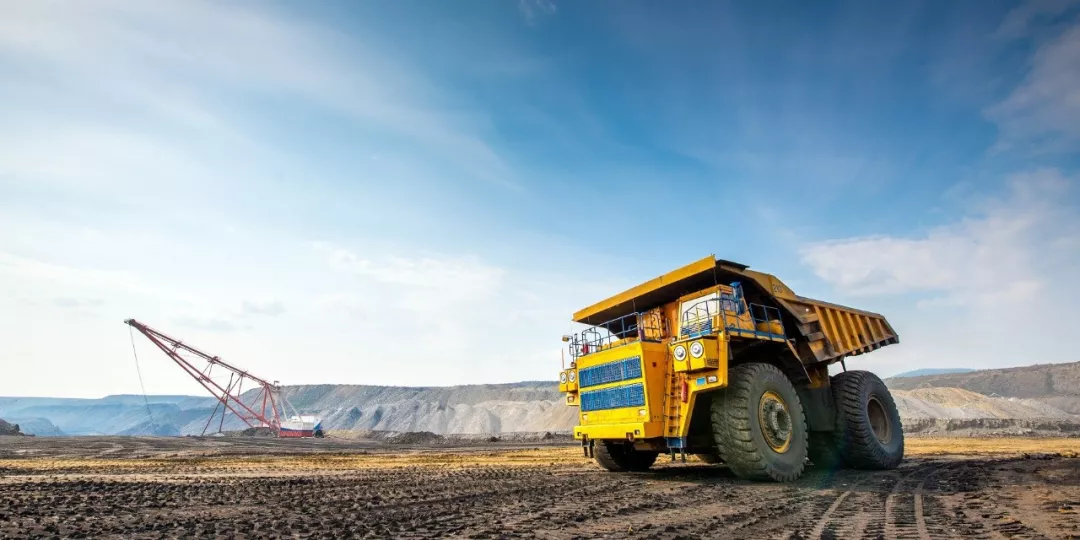 In the era of rapidly developing industrial Internet and intelligence, technology is constantly changing our world: intelligent mining is no longer unattainable, but instead is here right in front of us. Change waits for no one. The surge of industrial renovation will sweep across all industries as the adoption of 5G gradually increases. Huawei is committed to continuously enabling 5G-powered intelligent mining, smoothening the path of digital transformation, and accelerating the arrival of an intelligent world where everything is connected.