The Palace Museum Partners with Huawei on 5G-powered Smart Museum

The Palace Museum Partners with Huawei on 5G-powered Smart Museum

The Palace Museum in Beijing signed a strategic cooperation agreement with Huawei in the Forbidden City on March 15 to build a digital and smart museum. Under this agreement, the two parties will work together on 5G applications to build a smart museum, and will hold artificial intelligence (AI) contests together to help both parties achieve mutual success. 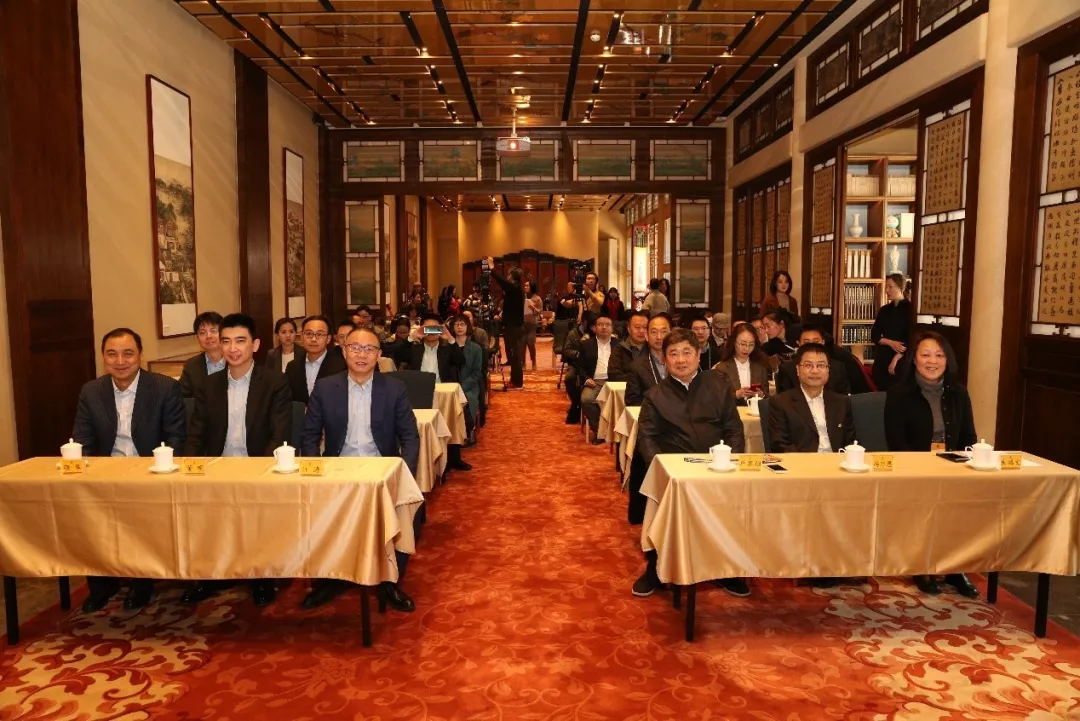 The Palace Museum is located in the Forbidden City, which is the world's largest complex of wooden structures and the biggest palace. The Palace Museum received over 17 million visitors in 2018, making it the most visited museum in the world.

The Palace Museum began its digital transformation as early as 1998. After over two decades of efforts, the museum has made great progress. It has established a large office information network by laying nearly 40 kilometers of optical cables and installed more than 600 Wi-Fi antennas, covering office areas, exhibitions, and tour areas. An information management system for a collection of 1.86 million items has been established, and the state of historic buildings have been monitored for conservation purposes using 10 indicators. The museum also created official websites in both Chinese and English and launched a website for younger generations, which receive around 22 million views each year. Applications that provide detailed information about the museum's collections and cultural services have been developed, which have been downloaded over 6 million times. In addition, more than 10 million Weibo and WeChat users have followed the museum's official accounts. The museum has conducted studies on the application of new technologies such as VR, AR, and AI, and has accumulated substantial digital resources regarding historic buildings and collections.

Embracing a new era of 5G, the Palace Museum joins hands with Huawei, a leading global provider of information and communications technology (ICT) infrastructure and smart devices, to build a "5G-enabled smart museum". Huawei will provide the museum with 5G and other cutting-edge technologies to help it go digital. 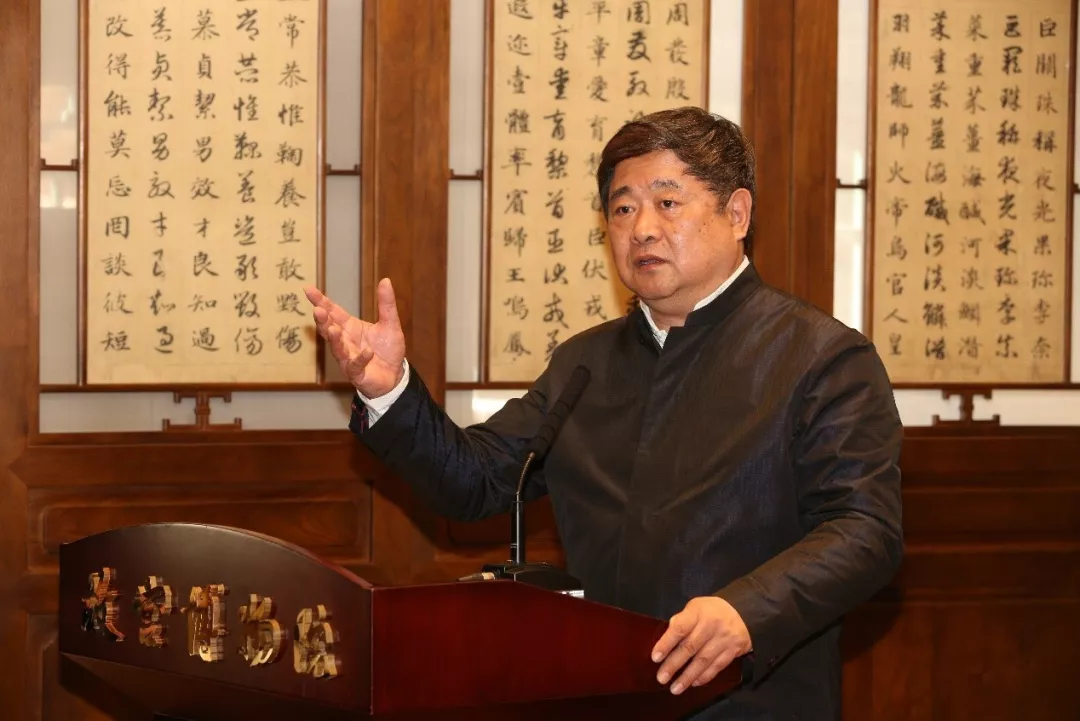 "The Palace Museum covers numerous historic buildings from the Ming and Qing Dynasties," Mr. Shan said at the signing ceremony. "More than 1.86 million precious relics are housed at the museum. It's essential that we use the latest technologies to better protect and study these treasures, and share traditional Chinese culture with people around the world. Over the past 20 years, we have made great efforts to digitalize the museum. With 5G offering high bandwidth, low latency, and massive connectivity, we will leverage Huawei's strong R&D capabilities and comprehensive intelligent solutions to fully realize and promote the value of the museum's various cultural, academic, and digital resources, as well as offering a more enjoyable and diverse experience for visitors. Cooperation with Huawei has drawn the 600-year-old palace and modern technology closer together than ever. Together with Huawei, we will further demonstrate the wisdom and value of our cultural relics, and also share our best practices on museum management with other countries."

During his speech, Mr. Wang said, "We are now embracing an intelligent world where all things are sensing, all things are connected, and all things are intelligent. Huawei strives to be the 'engine' of the intelligent world and help all industries take a data-driven, smart-sharing path towards development. There are three features of the cooperation between Huawei and the Palace Museum: fully-connected, all-cloud, and complete intelligence. Huawei will connect the Palace Museum and its Northern Branch using 5G end-to-end solutions and provide device-edge-pipe-cloud solutions that are based on cloud infrastructure and the public cloud. This will facilitate the museum's digitization and modernization. The traditional craftsmanship will be combined with artificial intelligence to help specialists identify and measure cultural relics more efficiently and accurately."

Mr. Wang hopes that the museum can use Huawei's 5G technology to adopt new methods for demonstrating and promoting traditional Chinese culture and achievements. 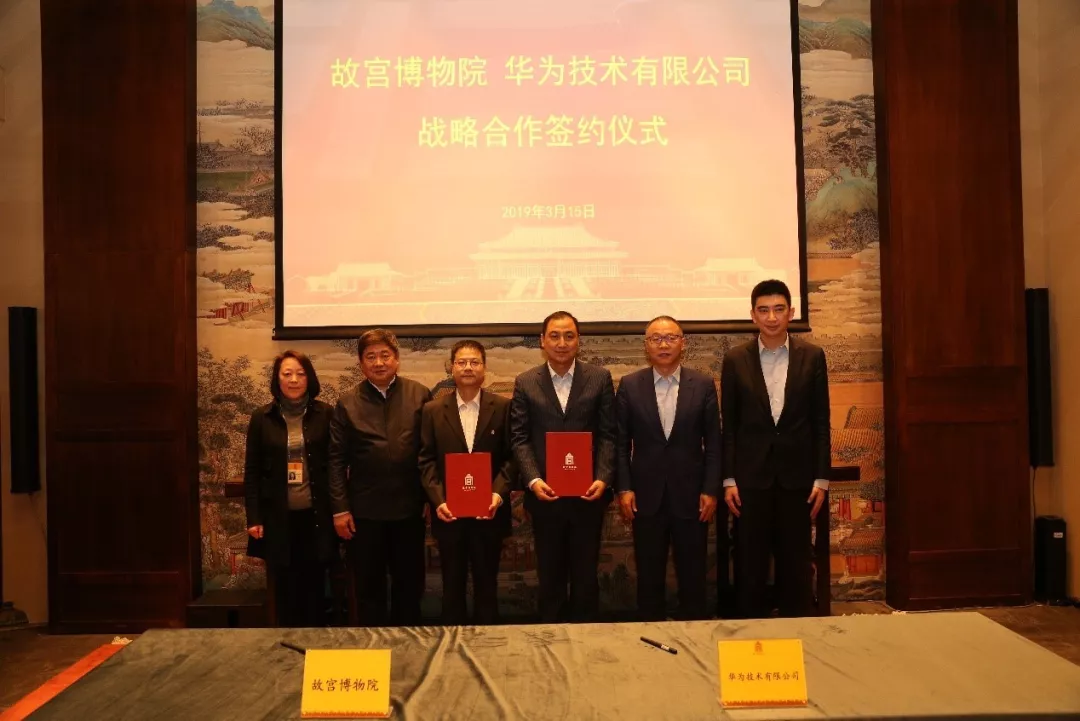 The Palace Museum signs an agreement with Huawei.

This agreement signifies a new chapter in the partnership between the Palace Museum and Huawei, who will work together to promote 5G applications and build a smart museum.