The ancient city of Yingtan is a prefecture municipality of 1.3 million people and an area of 3,560 square kilometers. The city has been expanding its use of smart-tech for years. The new Yingtan proposal for smart city development is based on a national policy promoting smart cities across China. This proposal aims to help Yingtan develop into a smart city inspired by new ideas and enabled by new technologies, one that creates new industries, new management approaches, and a new living experience.

The gradual improvement of IoT standards and the maturity of NB-IoT technologies have allowed Yingtan to work out a development strategy focused on network constructing, platform supporting, application driving, and industry evolution. The city of Yingtan, together with China Mobile, China Telecom, and China Unicom, has deployed the world's first NB-IoT network with full coverage. More than 900 NB-IoT base stations have been deployed in Yingtan. The NB-IoT network availability rate in Yingtan has reached 95%, the best in the nation. Yingtan is the only city so far to have passed NB-IoT network tests, twice, from the China Academy of Information and Communications Technology (CAICT). The CAICT has formally released the results of these tests, the first time they have released this type of report dedicated to a city. The NB-IoT network quality can meet the requirements of a diverse range of industries in a wide range of scenarios, such as underground pipeline network monitoring, underground parking, and forest-fire prevention. Smart applications have been deployed across Yingtan within just six months of the city government launch of the smart city program. Yingtan has impressed the world with their astonishing speed.

Yingtan, CAICT, and the Commission of Industry and Information Technology of Jiangxi Province have jointly founded the Mobile IoT Alliance. The alliance has attracted multiple joint OpenLabs, those provided by China TTL, China Mobile, China Telecom, and China Unicom. These labs provide comprehensive support for technological innovation and product R&D. More than 160 entities in the industry chain have participated the development of mobile IoT. The Yingtan government has formulated relevant policies and established a seed fund to stimulate the construction and development of a smart Yingtan.

By November 2017, a total of 27 IoT enterprises had set up shop in Yingtan, 11 new and 16 based on traditional industries. These enterprises have launched 34 different mobile NB-IoT products. 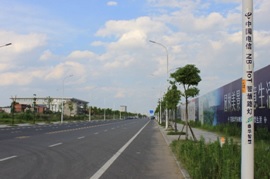 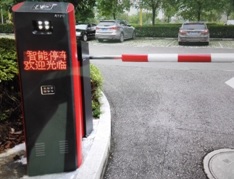 Yingtan has been a base for trial applications of 18 different commercial scenarios, scenarios such as smart water, smart lighting, smart parking, and smart manhole covers, and involving up to 64,000 NB-IoT terminals. This project has stimulated economic development in Yingtan, improved urban management efficiency, and facilitated people's lives. Yingtan has accomplished their first-stage goal with smart city establishment and they destined for even more success with the development of mobile IoT.

Huawei is not only an important strategic partner in the establishment of a smart Yingtan, but is also one of the world's leading mobile IoT solution providers. In early 2017, Huawei launched Boudica120, the world's first commercial NB-IoT chip. In June, China Telecom, TelChina, and Huawei co-built the world's first NB-IoT-based smart lighting project for scale commercial use in Yingtan. In October, Huawei, together with Sanchuan Water Meter, released 100,000 commercial NB-IoT smart water meters, the largest deployment in all of China. They also held a ceremony to celebrate this significant milestone. Huawei is continuously helping operators deploy the NB-IoT solution throughout Yingtan, includes providing the NB-IoT chip Boudica120, base stations, the EPC, the IoT platform OceanConnect, and an IoT support center that helps related enterprises develop IoT services and applications. The ultimate goal of Huawei is to jointly build a better connected IoT smart city with Yingtan.