On the morning of September 3 in the Guangzhou South Railway Station, China Mobile Guangdong, China Railway Guangzhou, and Huawei jointly launched 5G network construction along the Guangzhou–Hong Kong High-speed Railway. Once completed, it will become the first smart high-speed railway in China to have full 5G coverage along its entire line, exemplifying the close integration between 5G and high-speed railways.

According to the Action Plan of Fostering 5G Development in Guangdong Province (2019–2022), 5G network construction along highways, high-speed railways, intercity rails, subways, expressways, and in airports, high-speed railway stations, and other transport hubs across the entire province must be accelerated in order to provide full 5G coverage throughout the province.

Thanks to 5G's high speed, low latency, and high density, network speeds along the Guangzhou–Hong Kong High-speed Railway will be greatly improved.

The 5G network will enable autonomous operation, fault prediction, and routine maintenance of high-speed trains, and relevant data can be sent back to the command center in real time. 5G will also create many new railway services like those used to apply the Internet of Things on a larger scale, and drive railway upgrades and transformations. 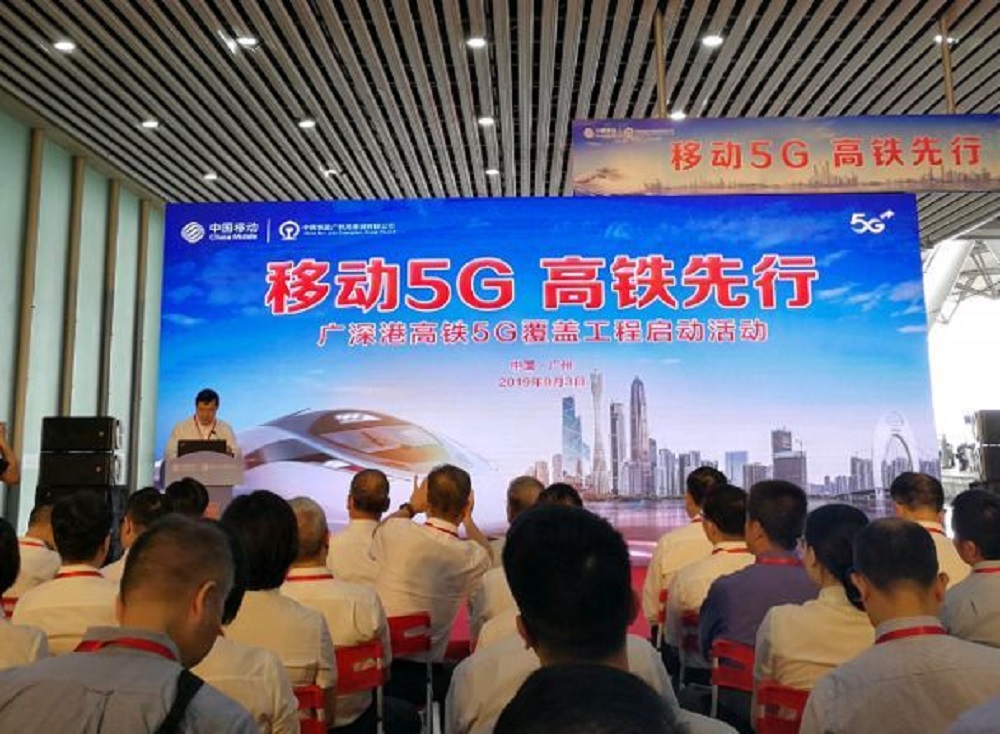 "China Mobile Guangdong is actively working on 5G networks and 5G application innovation," said Wei Ming, General Manager of China Mobile Guangdong, at the launch event. "The Guangzhou–Hong Kong High-speed Railway plays an important role in transit within the Guangdong–Hong Kong–Macao Greater Bay Area, which has greatly fostered talent and information exchanges throughout the area. The Guangzhou–Hong Kong High-speed Railway will become the first high-speed railway in China or even in the world to have full 5G coverage, thus facilitating talent, trade, and culture exchanges among Guangdong Province, Hong Kong, and Macao. It will also strengthen the economic integration and international influence of the area."

"5G acts as an effective vehicle and platform to support smart railway stations and smart travel," said Cai Peiyao, Deputy General Manager of China Railway Guangzhou. "5G will help trains and train stations provide user-friendly, smart, and automated services to travelers, such as intelligent guides, safety, and travel assistance. The Guangzhou–Hong Kong High-speed Railway is our first 5G pilot project, which will serve as a model. In the future, we will coordinate our efforts to build more 5G railways." 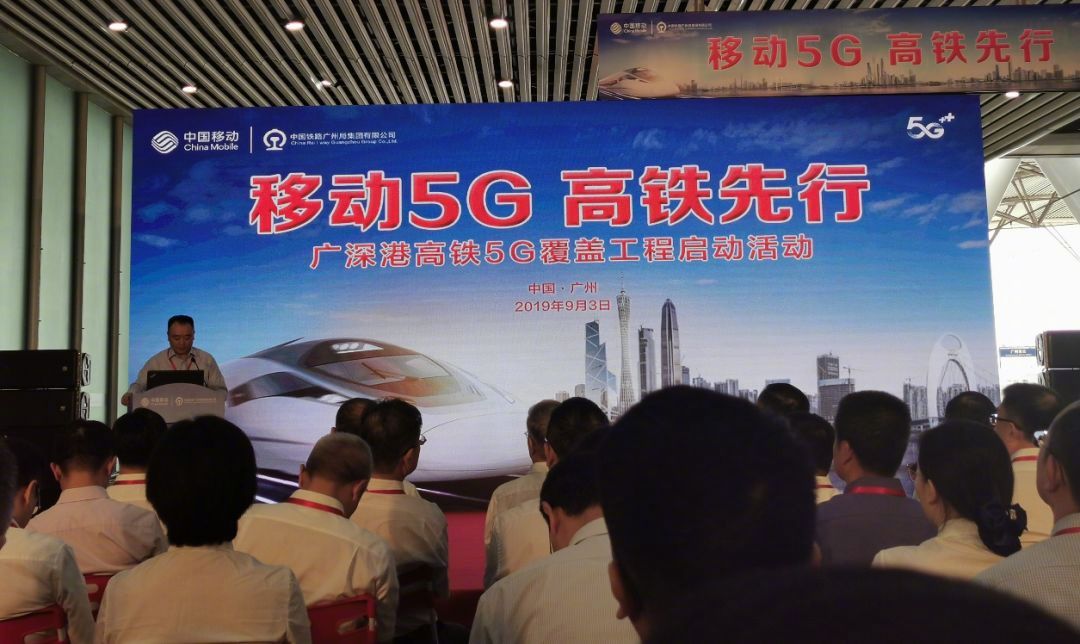 "Huawei is committed to building leading 5G networks in the long term, improving user experiences, and enabling all industries to create more value," said Zhou Jianjun, Huawei's China Region Vice President. "So far, Huawei has secured more than 50 5G contracts worldwide and shipped over 200,000 5G base stations, the highest number in the world. We have invested more than US$2 billion in 5G and are leading 5G innovation around the world.

For scenarios where the train travels at high speeds and there are frequent inter-cell handovers, we will adopt a leading high-speed railway solution to offer speeds of over 100 Mbit/s so that passengers can enjoy 4K HD videos along the trip. For railway stations with a heavy flow of people and where large capacity is needed, indoor multidimensional networking will be combined with simplified sites to meet the needs of new 5G services. We will make every effort to ensure user experience and set an example of 5G high-speed railways around the world."

"China Mobile Guangdong will closely with China Railway Guangzhou and Huawei to tackle challenges and complete demanding tasks despite a tight schedule," said a technical expert of China Mobile Guangdong. "We will increase our construction working hours and pull in more people from various domains. Our aim is to complete 5G network construction along the Guangzhou–Hong Kong High-speed Railway in four months, just before the Spring Festival."

In the experience area at the event, a speed test using a Huawei Mate 20X on 5G showed that the peak rate could go up to 1 Gbit/s. That means passengers will be able to enjoy the high speed offered by 5G any time they want.

The speed test showed that technology advances will never stop. 5G will boost the development of the Greater Bay Area and build a smarter, brighter future with high efficiency.

In the future, more high-speed railways will be covered with 5G networks, which will strengthen the role of railways in the development of the Greater Bay Area. With the help of 5G, the economic ties between Guangdong, Hong Kong, and Macao will only grow stronger.